Its time to talk about optimizing code, so I was looking at Basilisk II code.

Its time to talk about optimizing code, so I was looking at Basilisk II code.

As it happens my education was electronics and programing on microprocessors, it was impotent back then to reduce code due to slow CPU & MCU, micro controllers and micro processor units.

We used to use inline assembler and macros. So now I'm going to show you the magic power of macros, and how it can make big difference. 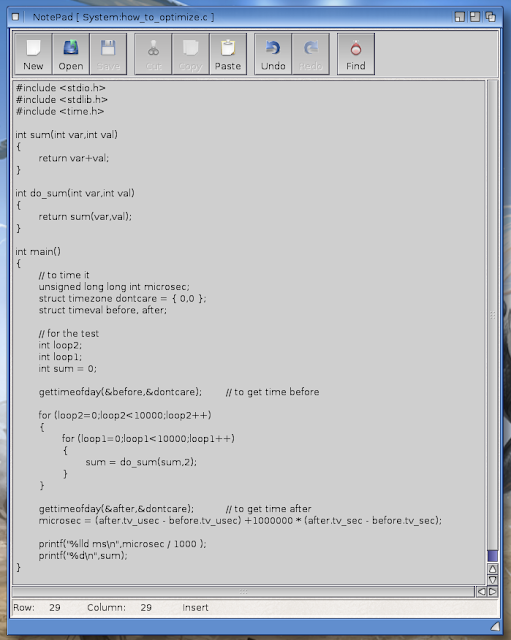 So this code show what was happening in Basilisk II, you have two loops typical when you filling or doing some graphic operation, so you have a main routine calling do_sum and do_sum calling sum, but this can be changed, this is how it works, so what do you do macros. 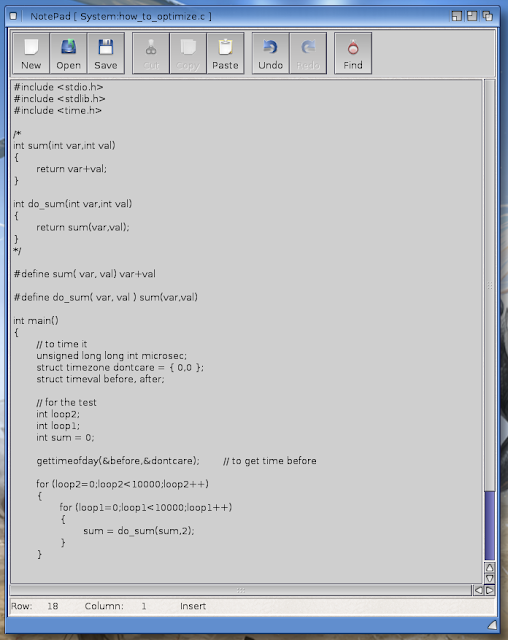 Now lets see what difference it made.

so what is going on?

functions generate a lot of code, and they forces program to make jumps, jumps are considered expensive, often result in cache misses, next functions are designed to be isolated, variables from the previous code put on the stack to be later restored when you exit the function, function parameters are filled, to be letter read, by code inside the function, and when its all done it old variables are restored and the program exits the function.

So as you can understand its a lot of stuff that goes on when calling functions.

now when we rewrote it to use macros, the the macro is just replaced in the code before its compiled, the result is that that we only need to increment a variable by a value, and this in the main function.